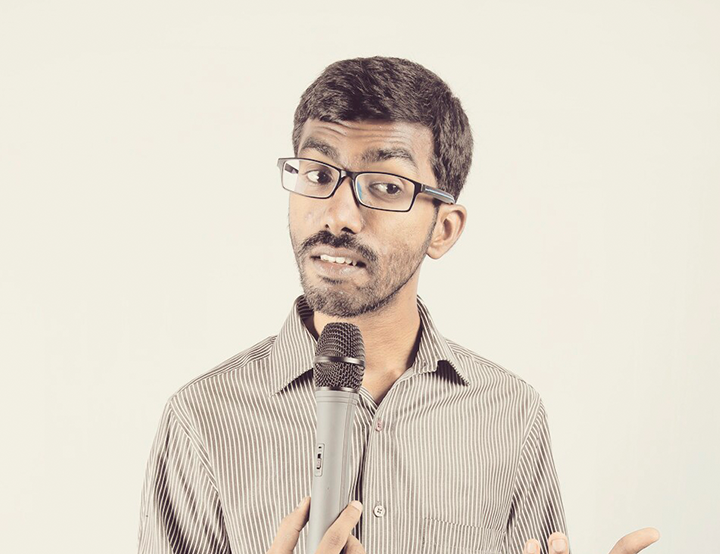 He is a Chennai based stand up comic, who while pursuing his engineering degree, found out that he has a great sense of humor and since then started writing jokes. However he considers his degree as his biggest joke till date. He has so far performed in major cities like Chennai, Bangalore, Kochi, Hyderabad. On stage he puts all his effort in trying to be funny, quirky and intelligent. Off stage he is an introvert and mostly frustrated. A software engineer by profession, his humorous take on his middle class up bringing, his work life, his education and everything else that frustrates him have been well received so far. He wishes to continue the same until he feels happy about himself one day.