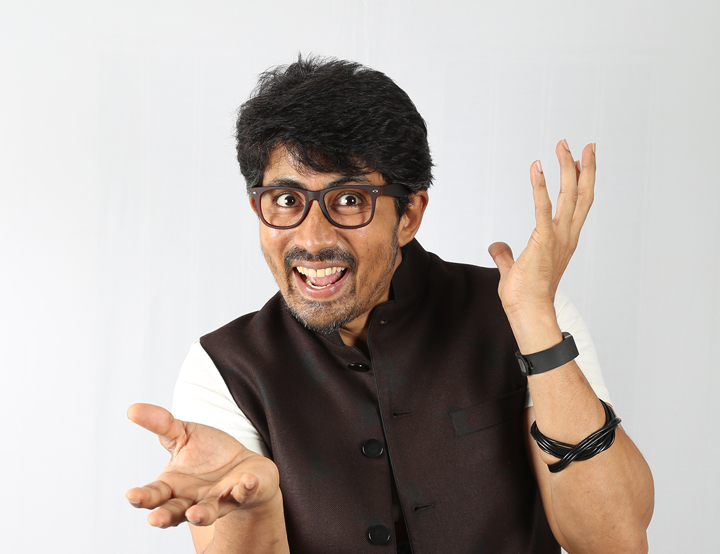 He is a coffee addict. When he is not drinking coffee or forcing others to do so – he is an actor, entrepreneur, director and standup comic! He is one of the founders of evam Standup Tamasha, South India’s biggest comedy movement. He has done over 300 shows across India and abroad. He has done three tours of Singapore, and was part of a sold-out sixteen-city tour of the USA and Canada in 2014. His first solo special #PokeME launched in 2015 and has finished playing to sold out houses in Chennai, Bangalore, Hyderabad, Pune, Mumbai, Singapore, etc.. His second solo special, ‘Second Decoction’ premiered in July 2016 to packed houses.